The Civil Liability Bill, whiplash and the discount rate explained

The Civil Liability Bill, which MPs will debate in Parliament today (4th September) sets out a package of measures to bring about long overdue reforms to personal injury compensation that will mean a fairer system for claimants, insurance customers and taxpayers.

Why are the reforms needed?

In the UK whiplash style claims are much more common than in other major economies.

Since 2005 there has been an increase of around 40% in personal injury claims after car accidents, many of which are “exaggerated and fraudulent”, the government has said. This rise comes despite a fall of nearly 30% in road accidents.

The costs of paying for these claims adds more than a third to the cost of insurance.

The Association of British Insurers (ABI) says that for every £1 paid in compensation, on average an extra 50p is paid out in legal fees.

The planned reforms are part of a wider government agenda to clamp down on compensation culture, which also includes a ban on cold calling, tougher regulation of claims management companies, and a clampdown on holiday sickness claims.

What will the bill do?

The reforms will mean legal advice is only paid for on road traffic personal injury claims over £5,000, up from the current £1,000. This is because small claims under £5,000 are simple and straightforward to settle and do not need expensive solicitors.

A tariff of fixed compensation for pain and suffering for whiplash claims will be introduced.

There will also be a ban on seeking or offering to settle whiplash claims without medical evidence of the injury.

And the so-called Ogden Discount Rate, which is used to calculate larger personal injury awards, will be reformed so that it reflects the reality of how claimants actually invest a pay-out.

Will the cost of car insurance fall as result?

The average annual car insurance cost reached a high of £493 in 2017.  But the government estimates that its plans will save motorists around £35 each year on their motor insurance.

The major insurance companies, including Ageas, have sent a signed letter to the Lord Chancellor outlining their commitment to pass on to customers the cost benefits arising from government action to tackle the extent of exaggerated low value personal injury claims and reform to the Personal Injury Discount Rate. The industry is working with the government on a way to prove that savings are passed on.

Will people lose access to justice under these reforms?

After the reforms, people who suffer life-changing injuries in car accidents will still receive full compensation to meet their future needs, such as medical care and lost earnings.

For smaller claims, there will be a new, simple online claims process to ensure they are able to receive any help they may need. And if somebody still wants the help of a solicitor to make a claim of under £5,000, then they are free do so, but will have to pay their own legal costs.

According to a survey published by the ABI, 71% of people would be comfortable about making a claim online, rather than seeking legal representation. This would follow practice in other countries, such as Finland, France and Norway, where lawyers aren’t involved when settling low value personal injury claims.

When will the reforms take place?

Once the bill receives royal assent a panel of experts will review evidence and advise the Lord Chancellor on what the new discount rate should be.  This will then be regularly reviewed to ensure it remains in line with current investment returns. The remaining changes, including the new tariff for compensation payments and increase in the small claims limit will take place in April 2020.

To read more about insurance cover, and what can affect your cover, go to Solved. 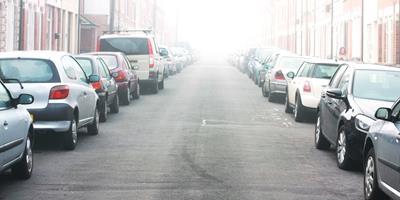 Could a dashcam help you with a car insurance claim?

Seatbelts are Mandatory: Why Not Autonomous Emergency Brakes?