We’ve trawled home insurance claims for accidental damage made by Ageas customers to share the ones that keep on popping up time and again.

Use baby wipes with care

Baby wipes can be used for much more than just cleaning babies’ bottoms. But they have their limits and can actually cause damage.

This is often the case when they’re used to clean the wrong things – insurance customers have made claims for baby wipes for leaving marks on furniture, leather sofas and TVs. Another customer found their mobile phone no longer worked after they had been cleaning it daily with wet wipes.

Blocked drains after wipes have been flushed down the loo is another cause of damage. 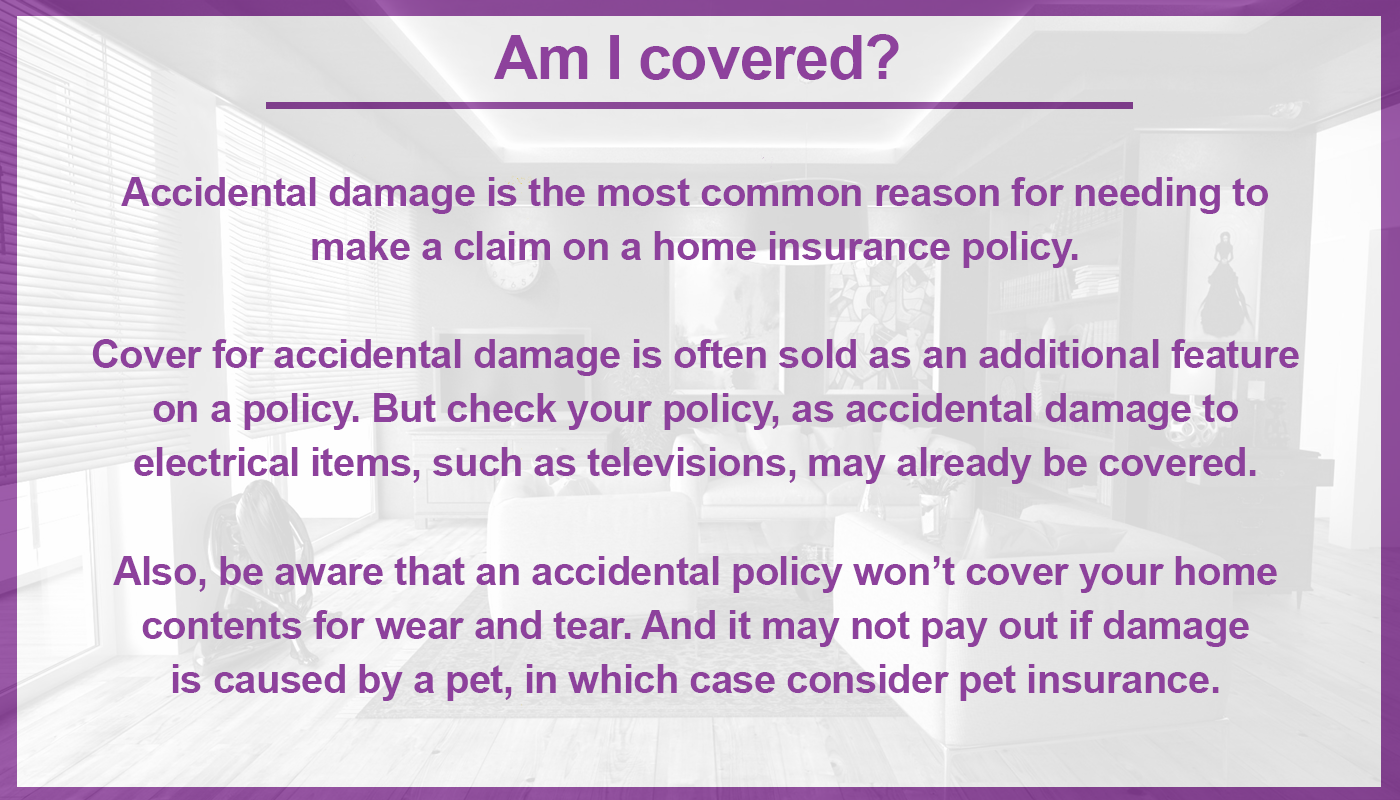 As dog owners know, there is no end to what man’s best friend will try to eat. The consequences can be costly.

For many people, a piece of jewellery such as a wedding ring will be the single most valuable item in their home – not to mention the emotional value they may attach to it.

But it doesn’t take much to damage these precious possessions. One customer got her finger caught in a fence. Another accidentally put both her wedding ring and engagement ring through a washing machine cycle. And another caught her ring while washing up, dislocating her finger - the ring later had to be cut off. Another dropped their ring in the garden and then went over it with the lawnmower.

Don’t drop your iPhone down the toilet

Water damage is a very common cause of broken smartphones, tablets and laptops. They end up in the washing machine, down the loo, or in one customer’s case, in their pet dog’s water bowl.

Do not let babies near laptops

What’s the worst the little nipper could do? Well, one customer’s determined 18-month-old managed to yank the keys off their laptop. More common though are babies causing laptops to be dropped and have drinks spilt on them.

Don’t put your foot in it

One particularly costly and common accident in the home involves people putting their feet through their ceiling, normally when fetching something from the loft. One person was doing some DIY in his upstairs bathroom when he accidently hit a pipe, springing a leak. In a panic, he put his foot through the kitchen ceiling.

If there are two items that are magnets for accidental damage, its laptops and specs. Glasses were involved in nearly 10,000 claims by Ageas insurance customers between 2010 and 2017, generally because they get sat on, stood on, or knocked down and then break. And laptops were involved in a whopping 19,000 claims – generally as they are dropped, bashed or have something spilt on them.

Keep your cleaning urges in check

Focused on getting a squeaky-clean floor, people sometimes don’t notice the end of the mop handle madly swinging around, threatening to smash into things like televisions – which is exactly what happens. Falls and knocked-over buckets, causing water damage, are also common.

Dusting can also cause accidental damage in the home, as people accidentally knock over and smash televisions, ornaments, lamps and clocks.

Don’t tip over your tipple

Red wine stains. Don’t spill it. Everyone knows that, but accidents happen and red wine will continue to get knocked onto beige carpets. Perhaps try switching to white.

Building work and DIY: does your insurer need to know?