“It was very straightforward” - Ageas helps Julie after TV smash

“TV is my life”, says Julie Hamilton, 54, who is homebound as she suffers from an anxiety disorder called agoraphobia.

So she had a shock when her television suddenly fell off the mantelpiece of her home in Bathgate, Scotland.

“I was plugging the DVD player in. The TV tilted forward and I wasn’t strong enough to stop it falling,” she says. “The screen smashed and I’m still picking up pieces of glass one week later,” she adds.

Thankfully her son suggested her home insurance policy might cover the damage. So within an hour of the damage, Julie was on the phone to Ageas.

She was surprised by how quickly her claim was solved. Julie says: “It was very straightforward. The girl I spoke to was really helpful. She asked for the make and model of my TV; they don’t make it anymore, so she found a similar product for me.”

“She asked for my bank details to pay the money in there and then - I was pleasantly surprised by how quick it was,” says Julie.

Money soon in the bank, Julie was quick to order her new television, and viewing has been restored.

To make a claim on your insurance with Ageas click here. To learn more about how insurance works see our Solved content hub. 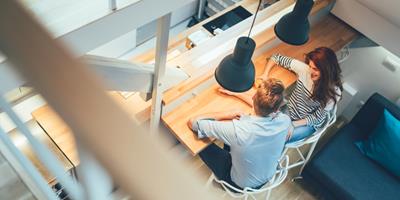