Why new cars need a lick of paint

Your new car, in need of a lick of paint? What an odd thought. Well, yes, but we’re not talking about their shiny, pearlescent bodies. They need paint for the roads they’re used on - road markings are essential for the safety systems on new cars.

For example, features with names like ‘lane assist’ work by using cameras to judge where a car is within its lane. If it deviates too far, the system steps in to assist the driver to stay in their lane.

Of course, road markings are important for drivers too. After all, motorways and junctions would be a dangerous mess without painted lines to keep us in lane or show us when to give way.

In many ways, modern cars look at the roads in the same way that drivers do – by reading the markings.

On major roads, clear markings can be life-saving. We’re working with the Road Safety Foundation to raise awareness of the risks associated with Britain’s main roads and calling on the government to fund improvements on 40 of the most persistently high risk roads in the country.

You can see the risk rating of the main roads near you using our interactive Dangerous Roads Map.

Preparing for the future

As we move closer to a future of fully automated cars, having clear road markings will become even more important. Suzy Charman, executive director at the Road Safety Foundation, said: “New vehicle technologies that assist you when driving are set to give us real safety wins over the coming decades. To make the most of what they offer our roads will need a lick of paint, and a bit of maintenance to make sure signs are visible to these systems.”

The autonomous vehicles of the future will depend on road markings to work out where they should be on the road, keeping their passengers and other road users safe. But improved road markings will have immediate benefits too.

Dr Charman, continued, “The good news is that we know good clear road markings and signs work for human drivers and new vehicle technologies alike, so investing in a bit of TLC for our roads makes good financial sense.  We need roads that cars and humans can both read.” 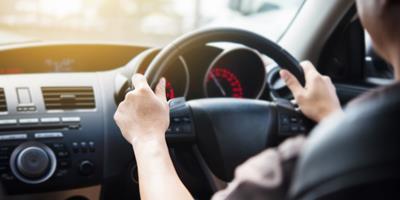