Every year, almost 180,000 people are killed or injured on the UK’s roads. That works out at nearly 500 every single day, a number that’s far too high.

There are plenty of different factors behind those accidents, from mistakes by individual drivers to the layout of the roads themselves. And recent research by the Road Safety Foundation and Ageas found some of the UK’s roads have unacceptably high risks.

Equally, there are all sorts of different opinions on how we can cut down the numbers of injuries and deaths we see on our roads, with a large emphasis on developing technologies.

But it may be that the secret to improving road safety and reducing the number of deaths on our roads actually lies within the animal kingdom. And more specifically, with the humble ant.

The Executive Committee of the World Economic Forum (WEF) has launched a new initiative, in which it will attempt to decode the building blocks of all life on earth.

Following on from the Human Genome Project before it, the Earth Bio-Genome Project will attempt to sequence the DNA of every single living creature on the planet, including our friends the ants.

This could bring enormous benefits to science and medicine - to date we have only decoded the DNA of around 0.1% of all living creatures.

But somewhat surprisingly, it could also help us to dramatically reduce the number of deaths we see each year on our roads thanks to what the WEF calls the “fourth industrial revolution - digitisation”.

Think of those ants you see going between their nest and a pile of leaves. When scientists study them, even when there are millions of ants working away, they have found that there is never an ‘ant jam’, never any congestion.

How is it that so many ants, operating in such a small space, can consistently avoid a pile up?

According to Dominic Waughrey, the head of environmental initiatives at the WEF, it’s because there is a pheromone that keeps the ants in the same space between them and a solid flow. And this is what could make the difference for road safety:

You can digitise that and use it for autonomous cars and city planning.

Ant behaviour is actually already making a difference, in inspiring engineers across the globe. Take the University of New South Wales in Australia, where Dr Zhitao Xiong is developing work-scheduling systems for road construction derived from these tiny creatures.

Looking ahead, we know that self-driving cars are going to play a role in our motoring future, and likely sooner than you’d imagine. The Chancellor of the Exchequer, Philip Hammond, has said he wants to see driverless vehicles on our roads by 2021, while we already have vehicles which boast some form of autonomous technology, whether that’s automatic braking or help with lane control.

The whole point of driverless cars is that technology may be able to eliminate some of the human error that is behind so many of those accidents that occur every single day on our roads and lead to such awful loss of life.

But if we are going to make these vehicles as safe as they can possibly be, then we need to be open to learning lessons from everything around us, even the animal kingdom. 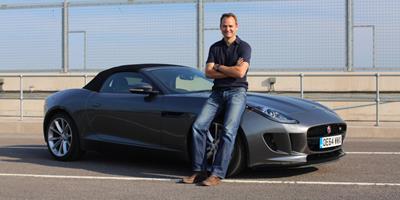 Why our roads are riskier than a F1 race 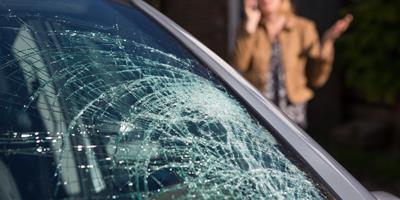 Top car insurance claims and how to avoid them

What is E10 petrol and will it work in my car?
Prepare your house to sell on a budget
The most reliable used cars with high mileages
Can you recycle used child car seats?
How to grow your confidence if you’re an anxious driver
Car idling: is it illegal to leave my engine running in cold weather?