As temperatures drop, the likelihood of our roads freezing over with ice and snow rises. The effort to mitigate these dangerous driving conditions see local councils around the UK invest over £150 million in gritting services, spreading 2 million tonnes of grit each year. They keep the arteries of our road network useable and safe during periods of intensely cold weather.

How much do you know about these seldom seen gritting machines that keep everything running smoothly? We’ve looked into the details of how it all works and rounded up all you need to know.

How does grit work?

These days, rock salt has replaced traditional grit mixtures. It’s better for the environment, leaves less mess and doesn’t block drains. The salt alone isn’t enough to prevent ice forming on the roads. The process of cars driving over the salt and crushing it into the moist road surface creates a saline solution which spreads and prevents ice from forming. Saline, essentially salty water, has a lower freezing point than unsalted water.

If you’ve not yet seen a gritter in action, it’s because they get the job done at unsocial hours, usually just before the morning and evening rush hours. Timing is important here as grit needs to be spread while the roads are damp. Gritting too early onto dry roads means the mixture gets blown away, instead of crushed, as vehicles roll past. But do it too late and the gritter drivers have to manoeuvre their heavy vehicles along already-frozen surfaces.

Most councils rely on a series of weather forecasting stations to provide readings of air temperature, road surface temperature and rainfall to plan their gritting schedules.

Most local councils opt for small 6mm grains of salt, which are less likely to cause damage to windscreens and car paint if kicked up from the road. But the grit gets geared up to 10mm grains to provide better coverage for major roads like dual carriageways and motorways.

Modern gritters are far more sophisticated in how they spread salt too. It’s no longer thrown out in all directions, showering windscreens, pedestrians or anything else along the route. Now, onboard computers use GPS and forecast data to control the timing and quantity of the grit, throwing it directly down on to the road. They can also direct salt onto adjacent lanes, providing coverage to the whole carriageway in one go.

Grit bins always seem to be randomly placed on streets and people generally seem unaware of what, if anything, they should do with them.

They’re strategically placed by councils in areas considered most hazardous, like roads with a steep gradient, fast-moving traffic or where access for gritters is tricky. While you can’t help yourself to the grit in these bins for your own private use, you’re free to spread it yourself on any public paths, pavements and roads, especially where ‘joining up’ is needed from gritted main roads to smaller access roads. One tablespoon per square metre should do the trick. And if a bin near you needs refilling, you can usually request this from your council online.

Although councils have been perfecting the art of gritting for decades, it’s important to remember that in severe weather conditions, the roads can still be very dangerous. It’s best to avoid unnecessary journeys, but if you do need to make a trip, drive to the conditions, accelerate slowly, leave plenty of space in front of you and stick to gritted roads as much as possible.

To find more about driving in winter, read our tips here.

Driving in fog: when to use fog lights 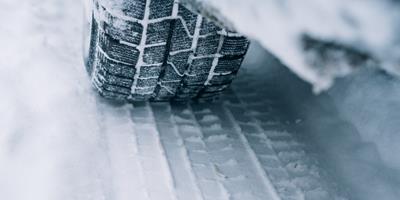 Winter driving: prepare yourself for ice, snow and glare

Winter car maintenance: 10 tips to prepare for the cold weather