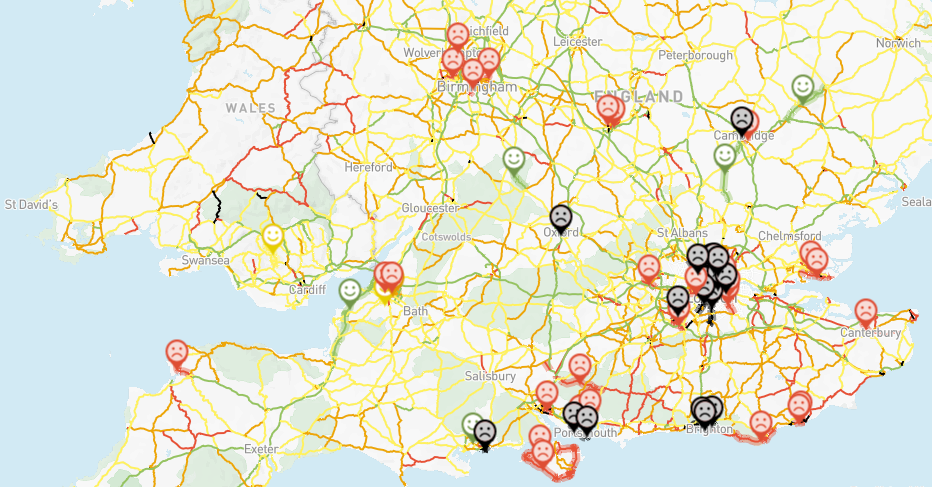 On average, 73 people were killed or seriously injured every day on Britain’s roads in 2017.

Sadly, since 2011 there has been little improvement in reducing the number road deaths. If Britain had kept up with international targets, 2,549 deaths could have been avoided between 2010 and 2017.

As well as the huge social cost, these deaths have a significant economic impact. Road crashes cost society £35bn each year - that's more than is spent on primary education and GP services combined.

To see just how risky the roads near you are, visit our interactive Dangerous Roads Map, created in partnership with the Road Safety Foundation. Together, we have also produced a report calling on the government to invest to make roads safer and save lives.

Some roads are much riskier than others. Driving on the recently formed Major Roads Network – important local ‘A’ roads managed by local authorities, for example, is four times riskier than driving on motorways. Nearly two-thirds (60%) of all road deaths occur on just one-eighth (12.5%) of the road network.

What needs to be done?

The government put in place a £100 million Safer Road Fund in 2016 to upgrade 50 of England's most dangerous local A-road sections, and the money is expected to prevent 1,450 fatal and serious injuries over the next 20 years. But road safety campaigners say more money is now needed.

The report identifies eight roads as the most improved for fatal and serious accidents between 2015-17 when compared to the period 2012-14.

The annual value of the reported injury crashes prevented on these roads (effectively the societal benefit) is worth £104 million over 20 years.

These gains, in value and, importantly in families saved heartache and suffering, demonstrate that targeted road safety improvements save lives.

10 tips to be a better and safer driver