Period living: how to tell if a house is Georgian, Victorian or Edwardian

Whether you’re house hunting or watching property programmes on TV, it’s common to hear older buildings being described as Georgian, Victorian or Edwardian.

These are the three main types of ‘period’ houses, meaning those which were built before World War One.

Although you may not find them in all homes, each era has its own tell-tale period features to look out for. See if you know which features belong to which period.

Date: The Georgian period was between 1714 and 1830, when four King Georges in a row held the throne.

The houses built during this time are typically elegant, formal and symmetrical and probably one of the most famous examples, is London’s 10 Downing Street. They are also the most in demand style of house in the UK [1].

Other typical features of Georgian houses include:

Date: Victorian houses were built between 1837 and 1901, when Queen Victoria was on the throne.

Today, they’re very common in villages, towns and cities and is probably the most common period house we see in the UK. [1]

The Victorian age saw the introduction of the modern terrace - with a living room at the front, and a kitchen at the back - to house the many people who moved into urban areas for jobs and a better life.

Thanks to the arrival of plate glass in 1832, Victorian homes are also often light and bright with big bay or sash windows.

Some other features to look out for in Victorian homes include:

Date: The Edwardian period was much briefer than the Georgian or Victorian eras, spanning just nine years from 1901 to 1910. But it did coincide with a housing boom, particularly in city suburbs.

Houses of the time are often influenced by the Arts and Crafts Movement, which represented a shift away from mass-production, towards using quality, local, handcrafted goods.

Edwardian building standards were a great improvement on those in the Victorian era and building materials including timber and bricks, were of a high standard.

Other typical features of Edwardian houses include:

While you can often spot tell-tale signs of the period a house was built in, there was also plenty of variety in each era. But some of the distinctive features of each age make it easy to fall in love with period properties.

For tips on how to stay happy and safe in your home, go to Solved.

Costs you may not have considered when buying a home

Moving house: what you need to know to move now 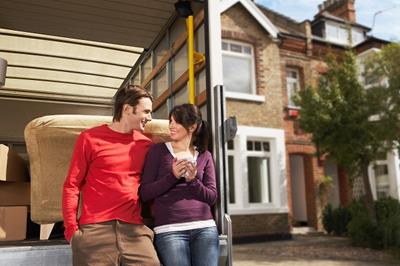 Prepare your house to sell on a budget