What’s that lurking in the cup holder? Our cars may be dirtier than we think

With kids dropping crumbs in the creases of their car seats, spilt drinks, and mud and dirt constantly being stomped in and out, it’s easy to see how dirt and grime can build up in cars - even if they appear sparkly clean from the outside.

Our cars may be dirtier than we realise. In fact, an investigation by Ageas, working with a scientific laboratory, has shown that lurking within the average car are more than 3,826 units of bacteria per square inch. To put that number in perspective, it’s 19 times more bacteria than you might find on a toilet seat.

How messy is your car?

Find out just how many germs are lurking inside.

Among the many different types of bacteria identified through an analysis of swabs from a range of cars, the most common was pseudomonas aeruginosa, which can cause skin rashes and respiratory infections. Another common type of bacteria found in cars, faecal streptococci, is an indicator of faecal matter.

While these bacteria lurk throughout people’s cars, the research showed that, on average, the boot is the dirtiest part of the car. This is perhaps unsurprising, with a third of Brits transporting either garden (17%) or DIY (16%) items in their car every month.

Nasties can be found elsewhere in cars. One type of bacteria found in cars, bacillus cereus, is one of the most common causes of food poisoning. It was commonly found in cup holders and in child car seats. Drivers might also be alarmed to know that steering wheels are often home to hundreds of units of bacteria.

The amount of bacteria in cars depends on the type of car and how it’s used. Surprisingly, dog owners had cleaner cars than those without a dog.

The research showed that SUVs are the dirtiest, with more than 4,710 units of bacteria - 23% above the average car - while the cleanest were saloon or estate cars, with almost a third (30%) less bacteria than the average car. Check for your car type with our interactive tool.

Time for a clean

Experts recommend that cars with over 1,000 units of bacteria need a thorough clean. Four in five cars tested in the Ageas investigation contained volumes of bacteria above this level.

Separate research commissioned by Ageas showed that almost half (47%) of car owners are actually quite fastidious about keeping their cars in tip-top condition and clean the exterior of their car at least twice a month. But that percentage drops to 39% when it comes to cleaning interiors.

Others clean their cars far less frequently. In fact, just over a third (37%) of Brits clean their car every few months while 4% put it off for much longer, considering it to be an annual chore.

Parents of children under 18 years old are more likely to clean their car interiors frequently, with about half (48%) cleaning inside at least twice a month.

If you’re among those who don’t regularly clean the interior of their car, now may be the time to give it a once over. Don’t forget the cupholders.

Click here to find out just how many germs are lurking in your car.

How to clean the inside of your car 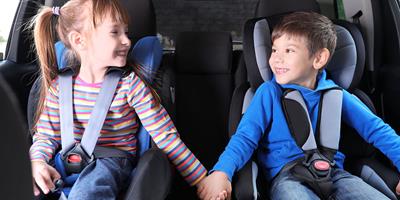 No more Carguments: tips for happy, safe driving with kids

What’s that light on my car dashboard? If you don’t know, you’re not alone