Petrol vs diesel: how to maximize your fuel efficiency

Running a car certainly isn’t cheap. A motorist will fork out almost £207,000 over their lifetime on their vehicle, according to a 2018 poll from online lender MyJar, with more than £54,000 going solely on fuel.

Keeping fuel costs to a minimum is a smart money-saving move, but how do you do it if you have a petrol or diesel car?

Generally, a diesel motor will be a little more fuel efficient than a petrol one. When consumer champions Which? tested it, they found that diesel cars were more efficient by around 9 miles per gallon (mpg). Over the course of a year, based on average mileages, that could mean a saving of around £200.

So even though diesel costs more at the pump – use the Ageas fuel price tracker to see average petrol and diesel prices – a diesel car is likely to save you money overall.

That said, there will be significant variances between different models, so it’s a good idea to do plenty of research on likely fuel economy before you actually buy any vehicle. Also, bear in mind the change in taxation of diesel vehicles, which came into force in 2018, pushing new diesel cars registered after 1 April 2018 up a tax band.

A very simple way to improve your vehicle’s fuel efficiency is to reduce its weight. Take out any items from the boot that you don’t actually need; your vehicle won’t then need to work quite so hard, and therefore use so much fuel, to get moving,

Similarly, remove things like roof boxes or bike racks if they aren’t being used. Not only do they add to the weight of the car, but they also increase the wind resistance the vehicle faces, increasing the strain.

Turn off the air conditioning

Let’s be honest, in the UK we often don’t have much need for air conditioning. What’s more, putting it on will cause you to use much more fuel. So unless it’s absolutely sweltering and simply opening the window won’t do the job, then leave it turned off.

Breaking the speed limit is not only a surefire way of having an accident or getting in trouble with the police, it’s also a massive waste of fuel. Figures published in 2012 by the Department for Transport show that travelling at 80mph uses around 25% more fuel than at 70mph.

If you accelerate, brake and change gears smoothly, then you will use less fuel and so boost your fuel efficiency. It’s a good idea to move up a gear as early as you can. According to What Car? That means changing up before you hit 2000rpm in a diesel and 2500rpm in a petrol vehicle.

Be aware of what’s ahead

Every time you have to stop and start, you use more fuel. So keep an eye on the road ahead of you; if you are coming into some traffic, then ease off the accelerator well in advance. The traffic may have started to clear by the time you reach it, saving you from having to brake harshly and then start up again.

Cut the cost of your fuel

No matter whether you are using a petrol or diesel motor, a simple way to improve your fuel efficiency is to pay less for your fuel.

There are plenty of smart ways you can do this, including making use of petrol station loyalty schemes and shopping around for cheaper fuel. You can do this using sites like PetrolPrices.com - just enter your postcode and it will tell you the prices currently being charged at your local forecourts.

Of course, you could buy an electric car. According to figures from the Energy Saving Trust, a full charge in a pure electric vehicle will give a typical range of 100 miles and cost £4 to £6, whereas driving 100 miles in a petrol or diesel car will cost around £13 to £16 in fuel.

Are you ready for the new MOT test? 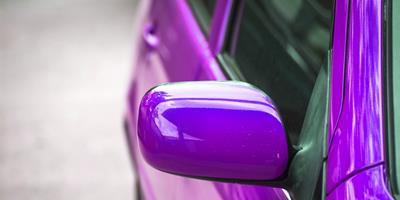