Accidents happen, but when they do a home insurance policy is the safety net that steps in to help you cover the costs of repair or replacing damaged and broken items.

Top of the list is accidental damage, which is often sold as an additional feature on a home insurance policy. It’s a useful feature to have too, providing reassurance should something happen to one of your essential - but expensive - items, whether that’s the TV, computer or a kitchen appliance.

Avoiding accidental damage is easier said than done - some of us are just naturally clumsy. But there are steps you can take to at least reduce the risks. Perhaps unsurprisingly, kids are the cause of a significant number of accidental damage claims, so think of ways to keep a safe distance between them and your valuable items.

DIY is also a common factor in these claims, so if you don’t really know what you are doing you might be better off turning to a professional. It could save you money - and stress - in the long run.

The next most common claim is for escape of water. As the name suggests, this is cover against water finding its way out of your pipes and water tanks.

When the temperature turns cold, as it has done recently, then claims for escape of water tend to rise. So now is a great time to take preventative measures.

The UK seems to have been besieged by a succession of storms in recent years, giving our homes a battering.

Storms can do a variety of damage to homes, from loosening roof tiles to causing flooding.

If a storm is forecast to be on its way, there are several things you should do to prepare. For starters, make sure your drains and gutters are clear, so there is less chance of water gathering there. Next take a look around the garden. If there are any loose items kept out there, like furniture or the kids’ bikes, then lock them away in the shed.

You’ll also want to check whether any of your fences or gates are loose. If they are, try to tighten them up - you don’t want them going flying when the winds get up.

Thankfully, burglaries are nowhere near as common as they once were. In the year to March 2017 there were 650,000 incidents according to figures from the Office for National Statistics, a new record low.

If you want to avoid being one of them, then you need to think about improving your home’s security. This can range from something traditional like getting tougher lights or installing a motion sensor light to something more technological such as a smart home security system. These allow you to check who is at your door via your mobile phone, no matter where in the world you are.

When you think about the various parts of your home that are covered by a home insurance policy, the contents of your freezer probably aren’t what immediately come to mind.

But when you tally it up, all of that food in there is probably worth a decent amount of money. And that money would go down the drain if you suffered a lengthy power cut or your freezer broke down.

Thankfully though, many home insurance policies offer protection against just such an eventuality, covering the cost of replacing your freezer contents should disaster strike.

For more guidance on protecting your home, and ensuring you have the right cover, go to our Solved hub. 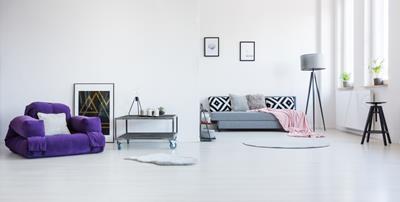 What's your home worth?