Could a dashcam help you with a car insurance claim?

Accidents and road rage incidents are always a stressful time, and while collecting evidence around exactly what happened is very important, many of us may not feel sufficiently calm to do it properly.

Even fellow motorists and passers-by might not be able to give a completely accurate version. Our usual response when remembering an accident is: “It all happened so fast!”

There is certainly no shortage of accidents on our roads. Department of Transport (DfT) figures reveal that there were 1,792 road deaths in 2016, a rise of 4% from 2015 and the highest figure since 2011. And that’s just the most serious incidents - in total more than 181,000 people were injured in road accidents last year.

An added concern is the growth of 'Cash for Crash' scams, where criminals deliberately stage a road traffic collision hoping to profit from fraudulent claims. The Insurance Fraud Bureau estimates that as many as one in 10 personal injury claims are linked to these scams.

Then there's the issue of dangerous roads, highlighted by the Cutting the Cost of Dangerous Roads report produced by the Road Safety Foundation charity in partnership with Ageas. This reveals that half of all Britain's road deaths occur on just 10% of the road network. You can find out about dangerous roads in your area by checking out the Road Crash Index.

So what can motorists do to protect themselves in the event that they are caught up in an incident and ensure that they present an entirely accurate account of what happened?

Enter the dashcam – technology that provides an impartial and accurate witness to any driving disaster.

A dashcam is a small in-car camera which you mount on your window. It records the road ahead as you drive along, while some can record the rear view as well.

Many dashcams also feature a parking mode which can record incidents and act as a deterrent against theft and damage when you're away from your vehicle.

While you can pick up a cheap dashcam for as little as £15, the quality of the footage they record can be inconsistent. Quality dashcams start at around £50, though you can pay up to £250 for one based on the range of features on offer.

You’ll usually need to plug the dashcam into the 12v socket in your car, though some models can be professionally installed. They need to be positioned somewhere that they won’t obscure the driver’s view of the road, so ideally behind the rear-view mirror.

It’s important to get the positioning right. By law, no part of a device should intrude more than 10mm into the area centred on the steering wheel or 40mm into the area swept by your windscreen wipers. Having devices in these areas when you have an accident may lead to charges of careless or dangerous driving.

Dashcam use has grown significantly in recent years. According to the most recent figures from market research firm GfK, sales jumped 918 per cent between 2014 and 2015.

Bryn Brooker, head of marketing a dashcam manufacturer Nextbase, suggested there are now more than 2.5 million cameras on UK roads, and predicts this will double over the next two years.

“Motorists are increasingly recognising the benefits of having dashcams installed. They can both protect themselves in the event of an incident that wasn't their fault and capture evidence of other motorists' dangerous or unlawful driving,” he concluded.

Dashcam footage used by insurers and the police

Insurers are increasingly accepting dashcam footage in claims, as it can help provide actual evidence of precisely what happened, rather than relying on the accounts of those involved.

In fact, some insurers are now offering premium discounts to motorists who have an approved dashcam installed, so long as they agree to provide footage on request.

Dashcam use is also supported by the police. A successful pilot programme by North Wales police named Operation Snap was set up in October 2016. This allowed motorists to upload dashcam footage as evidence of driving offences. The force then used this evidence to pursue successful prosecutions of road rage and dangerous driving incidents.

The scheme has since been expanded across Wales and other police forces in the UK including Norfolk and Cheshire have followed suit. Interest has also been shown by forces as far away as Australia and Hong Kong.

Get the best from your dashcam

If you want to get the best result from investing in a dashcam, then the first step should be doing some research on different models. That way you can find a dashcam the does exactly what you need it to do, and which falls within your budget.

It’s also well worth investing in a good quality Micro SD card, as this is what the footage will be saved on. For most motorists 32GB will be enough, but don’t be tempted into buying something substandard; you may need to rely on that footage in the future.

Find out more about road safety and car insurance claims on Solved. 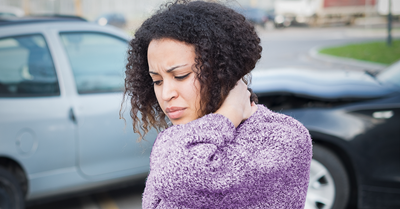 Would you feel safe in a driverless car?