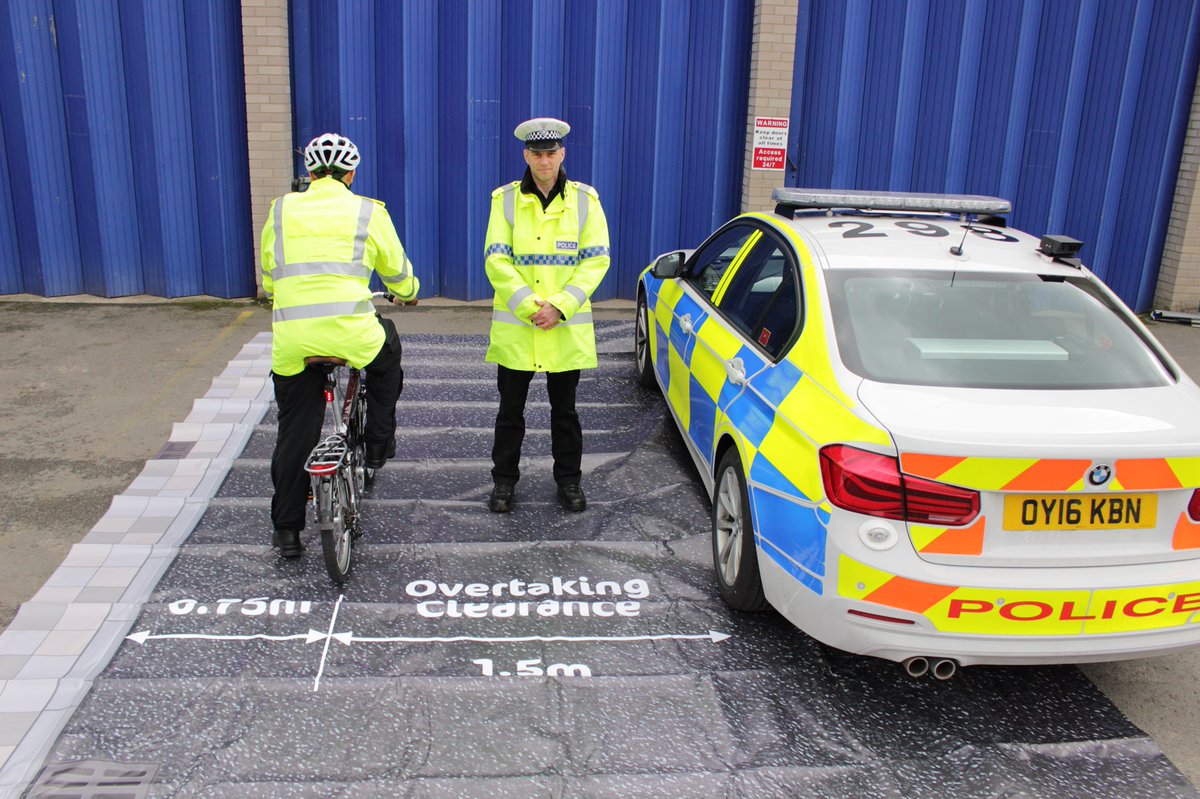 Don’t drive too close to cyclists, drivers are being told, as part of a government and police crackdown on aggressive motorists who don’t leave enough space when they overtake bike riders.

The dangerous practice of ‘close passing’ leads to accidents and puts people off cycling, warned cycling minister Jesse Norman in a speech in Manchester today.

He said driving instructors will be offered bespoke training to ensure cyclists’ safety is at the forefront of their minds when they teach new drivers.

“We shouldn’t only concentrate on catching and punishing drivers when they make a mistake, but try to ensure that they have the skills and knowledge to drive safely alongside cyclists in all conditions,” the minister said.

You could be prosecuted

In addition, police will be given additional resources. Some police forces are already targeting drivers who pass too close, threatening fines of £100 and three points on their licence.

PC Mark Hodson, from West Midlands Police’s Road Harm Reduction Unit, said: “Drivers who endanger vulnerable road users need to understand that we run operations to catch them, and if they avoid our officers we can still prosecute them using footage provided by cyclists and other motorists.”

The crackdown comes as a poll published today showed widespread misunderstanding about how to pass cyclists on the road. More than half (52%) of British adults aren’t aware that the Highway Code recommends giving cyclists at least as much space as you would a car when overtaking, according to the survey from Cycling UK, the national cycling charity. Of respondents to the poll, 8% had wrongly stated that Highway Code recommends you should only give cyclists space that is at least the width of their handlebars when overtaking by car.

Road safety charity Brake welcomed the announcement: “For too long, roads policy and infrastructure investment has prioritised the vehicle over pedestrians and cyclists and we want to see this change.”

It added: “The development of cycle friendly infrastructure, in particular segregated cycling routes, is vital to make our streets safer and to reduce the numbers of cyclists being killed on our roads every year.”

Driving laws you may have broken without even knowing